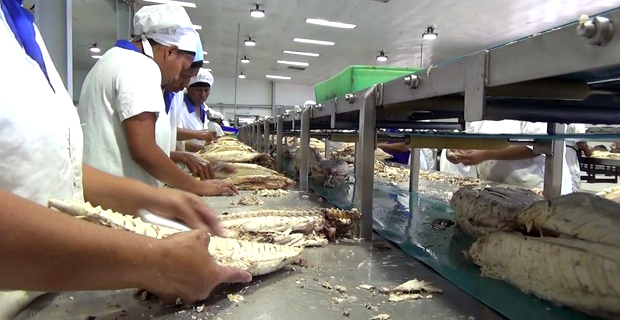 600 staff of PAFCO are now working four days a week due to the shortage in supply of albacore tuna.

This has been revealed by the PAFCO Chairman, Ikbal Jannif who says their key strategic partner, Bumble Bee is unable to obtain enough fish from its suppliers, FCF Fisheries Company.

Jannif says the workers will be informed of this decision today.

The staff have had shorter working hours for the past eight weeks.

Janiff says he hopes work for the staff will normalise as Bumble Bee has begun trialing skipjack tuna.

He adds that no worker will be made redundant.

Jannif also says that PAFCO will be shutting down for four weeks from the 19th of December this year.

He adds that this is not unusual as this happens annually for maintenance and for setting up of new equipment.

Meanwhile, work at PAFCO has not been affected as Bumble Bee, for which PAFCO processes tuna for has filed for bankruptcy.

FCF Fisheries Company in a press release have confirmed that it has entered into a purchase agreement to acquire all of the company’s assets and to ensure that the 120-year old company continues to serves its customers.

Asco Foundation has donated $15,000 to the Foundation for the Education of Needy Children(FENC Fiji), to assist children impacted by TC Harold and ... 44 minutes ago

FICAC has sought more time to file further information in the case of the suspended Director Intelligence, Compliance and Investigations of the Fiji ... 59 minutes ago