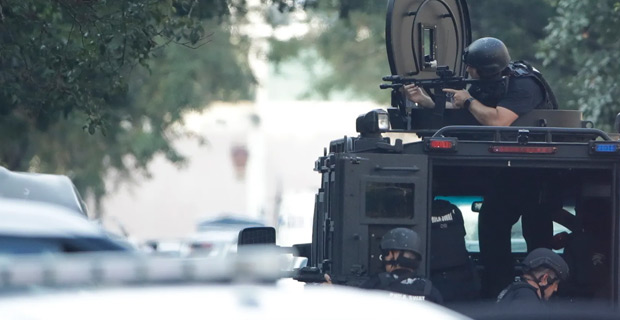 Police have been in an hours long standoff with a suspect who they say has shot six officers in a Philadelphia neighborhood in America.

CNN reports negotiators are trying to communicate with the shooter but the gunman only picks up the phone without answering.

One had a graze wound to the head.

CCTV cameras will soon be installed in locations around Nausori Town to help Police deal with growing concerns about the increasing number of criminal... 57 minutes ago
LATEST NEWS

Fiji’s seasoned diplomat and former Minister for Foreign Affairs, Ratu Inoke Kubuabola has been nominated as Fiji’s candidate for the position of ... 4 minutes ago

A 19-year-old woman will give evidence in her uncle’s rape trial which will begin next Wednesday. Suva High Court Judge Justice Salesi Temo was ... 54 minutes ago