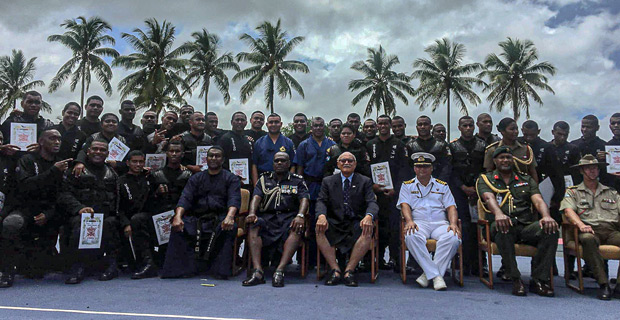 50 students that graduated with First-degree black belts in Hapkido

50 students who are soldiers and police officers graduated with First-degree black belts in Hapkido today after completing 10 months of training.

While speaking at the 19th Black Belt Graduation, Director Unarmed Combat Training Academy Grand Master, Captain Tevita Teu Korovou says the main aim of the Hapkido training is to give the police officers and soldiers an ability to use alternatives to their firearms and act with confidence to any situation.

He says RFMF will be hosting its first-ever Oceania Mulimpia next year which will be from the 8th to 9th September where different countries from the Pacific Islands, Argentina, and the USA will participate in the tournament.

President Jioji Konrote commended the soldiers and police officers for their hard work and also thanked their families for supporting them.

The RFMF Unarmed Combat Academy was established in 2007. 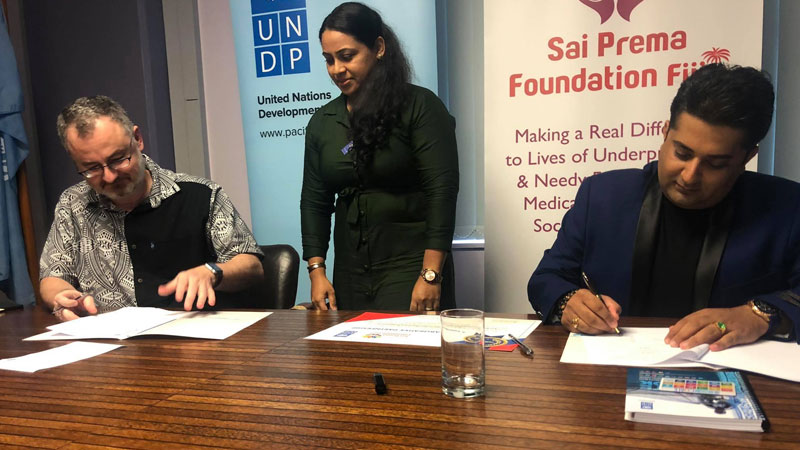 The United Nations Development Program has come forward to explore ways in which it can assist the Sai Prema Foundation do its work. Both ... 2 minutes ago

The government is reviewing the Foreign Investment Act to significantly realign its focus on marketing Fiji as a destination for targeted ... 10 minutes ago

Minister for Health Dr. Ifereimi Waqainabete has today clarified that the couple who had returned from New Zealand in April and had claimed that they ... 41 minutes ago

The 14-year-old daughter of the woman who was allegedly murdered in Kabisi, Sigatoka yesterday is still admitted in the Lautoka Hospital after ... 1 hour ago