50 clothes chests will be given to RKS this Friday - PM

50 clothes chests will be given to RKS this Friday - PM 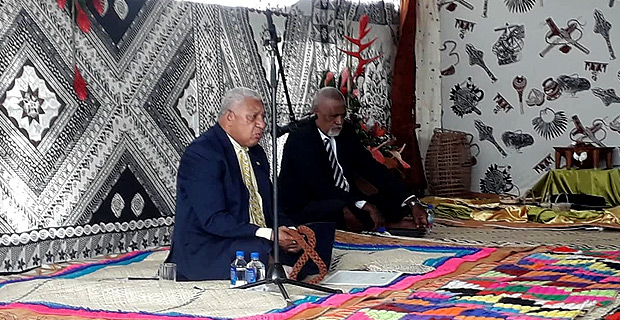 Prime Minister Voreqe Bainimarama says that 50 clothes chests will be given to Ratu Kadavulevu School this Friday.

This is in relation to those 153 students who lost their belongings during a fire that destroyed the Degei House dormitory last month.

Bainimarama says it is great to see that people, organisations and government ministries have been donating clothes and school stationery for students who were affected by the fire.

He says the 50 clothes chests will help the students store the donated materials that have been given to them.

While opening the Tailevu Provincial Council meeting in Ucunivanua Village in Verata, Bainimarama says this meeting is where people of the Province of Tailevu can bring in their concerns and also development plans for their villages.

He says the government is ready to listen to every concern being raised and will take action on those that they can develop.

Bainimarama also launched the website for the Tailevu Provincial Council.

The Acting Permanent Secretary for Health, Dr. James Fong will hold a press conference at 3 o’clock this afternoon in relation to COVID-19. Stay wit... 11 minutes ago
LATEST NEWS

Home & Living has opened its 11th store in Korovou which is expected to employ 4 people. The investment is over $100,000. Speaking during ... 57 minutes ago