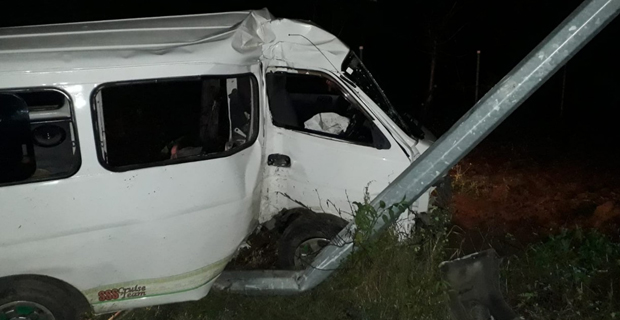 A 37-year-old man has passed away after his van slammed into a post along Korovuto in Nadi this morning.

Police say the man allegedly lost control of the van causing it to veer off the road and hit a post.

The incident occurred before 3am this morning.

According to Police, investigations continue and a post mortem will be conducted to ascertain the cause of death.

The road death toll currently stands at 37 compared to 52 for the same period last year.