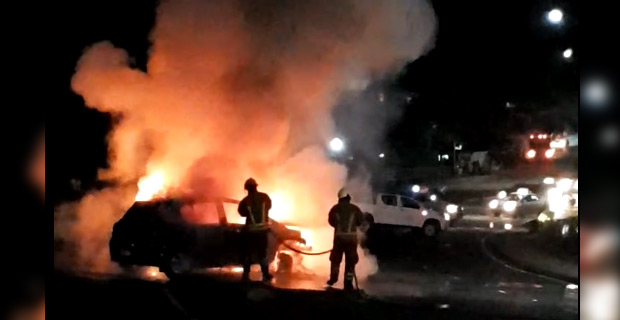 A 33 year old man residing in Khalsa Road, Tacirua was lucky to have escaped unharmed after the vehicle he was driving caught fire.

The suspect was allegedly driving under the influence of alcohol, and drove over a concrete island and as a result the vehicle caught fire.

The alleged accident occurred at Laqere after 2am this morning.

Officers from the National Fire Authority managed to control the fire.

The driver is currently in custody at the Nasinu Police Station.

The Acting Permanent Secretary for Health, Dr. James Fong will hold a press conference at 3 o’clock this afternoon in relation to COVID-19. Stay wit... 39 minutes ago
LATEST NEWS