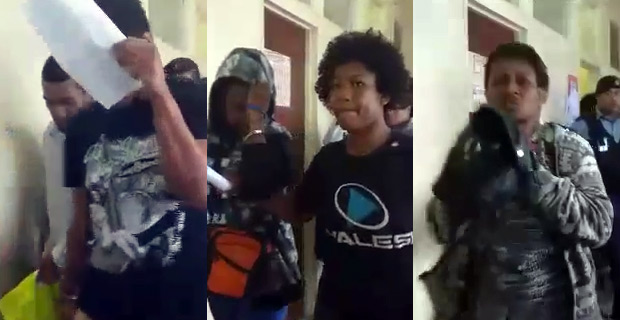 The three women and two men charged with serious assault after allegedly assaulting Police Officers in Nausori on Sunday have been further remanded in custody.

Police say the four police officers were responding to a report of a fight in progress at a shop along Vuci Road when the alleged incident occurred.

The four allegedly confronted and assaulted the police officers after refusing to leave the area.

Waqatairewa has been charged with one count of disobedience of lawful order, one count of serious assault, three counts of damaging property and one count of resisting arrest.

The three others have all been charged with one count of disobedience of lawful order and one count each of serious assault.

The case will be called again on the 25th of this month.

A 37-year-old man who is alleged to have raped, assaulted and robbed a 58-year-old woman in a settlement in Suva has pleaded not guilty to all his ... 30 minutes ago

A 36-year-old man from Samabula who was allegedly found with two bags of methamphetamine and five bullets of marijuana has been remanded in custody ... 34 minutes ago

Former Lawyer Shazran Abdul Lateef and Zoe Maharaj Moore who are charged with drug-related offences will take their plea on the 22nd of this ... 37 minutes ago

Police and the Land Transport Authority of Fiji are searching for a suspect of a hit and run incident which caused the death of a man in Saweni, ... 42 minutes ago