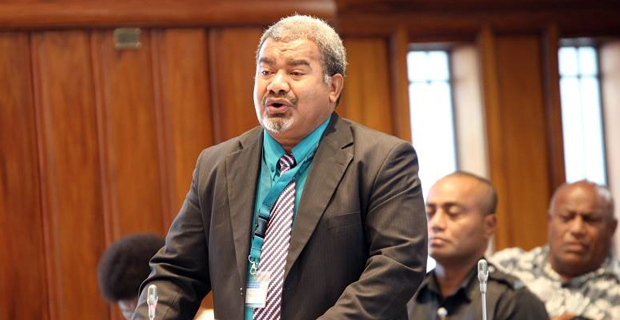 SODELPA MP Jese Saukuru says the 2019/2020 National Budget is an insult to the intelligence of the people of Fiji and a net of betrayal by this government upon its voters.

While speaking during the Parliament debate of the 2019/2020 National Budget, Saukuru says this budget makes a mockery of the new mandate that was secured by this government and this is paving the way forward to an unprecedented socio-economic and geo-political disaster.

He adds this will render the nation and its people bankrupt.

Saukuru also highlighted that the Minister for Economy failed to acknowledge that the NBF crisis was an economic disaster which they have dealt with.

He stressed how can the Minister of Economy claims that there will be an increase in Fiji’s GDP to be over $12 billion when there is no increase in tax in this financial year.

Saukuru claims that due to the increase in development in urban areas, urbanization has become a major problem and this government has moved away from rural development.

He says the failure of the new initiatives and programs that this government has brought has rendered the people from accessing government services including those from the rural and maritime areas.

Saukuru says the SODELPA government will uphold their commitment to the people of Fiji and commit to bringing back democracy.