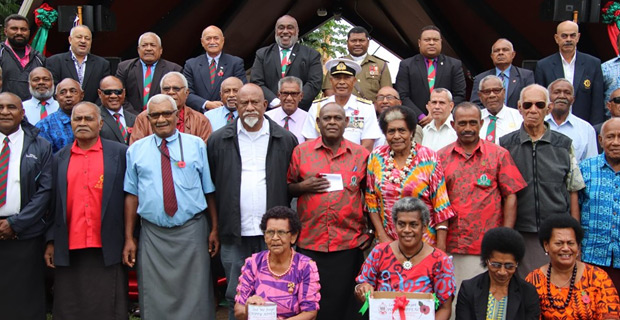 The 2019 National Poppy Appeal has been launched to help raise funds for the Fiji Ex-Servicemen's Association.

It will run until Remembrance Day on 11th November.

Speaking at the launch at Ratu Sukuna Park, Acting Prime Minister Semi Koroilavesau says the dedication and bravery of all former and current personnel including their families in times of despair has placed Fiji in the global front as a pillar of strength and resilience.

He says support during this Poppy Appeal period will ultimately go towards the Ex-Servicemen’s Association and the welfare of veterans and their families.

President Jioji Konusi Konrote as well as RFMF  Commander, Rear Admiral Viliame Naupoto and ex-servicemen with their family members were also present at the launch today.

The government developed two web platforms through the Geographic Information System (GIS) to better plan and mobilise resources during the COVID-19 ... 17 minutes ago