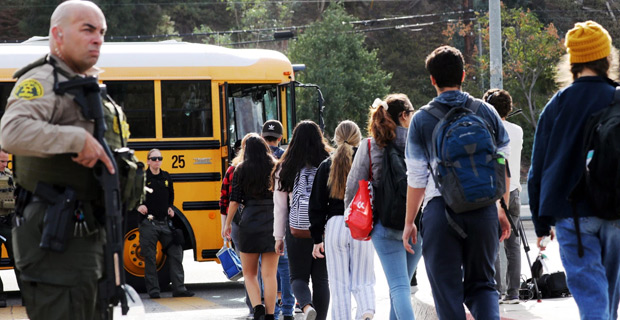 Two students have been killed and three others injured by a 16-year-old who opened fire at a secondary school in California.

The shooting took place at the Saugus High School in Santa Clarita, north of Los Angeles, minutes before the school day was due to begin.

The male suspect, who was also injured, is now in custody.

Many US schools have implemented active shooter drills in recent years, following a string of attacks.

Two victims a 16-year-old girl and a 14-year-old boy died of their injuries.

The suspect was "identified as a 16-year-old male whose birthday was today".