2 people died while setting up a meth lab - Masitabua

2 people died while setting up a meth lab - Masitabua 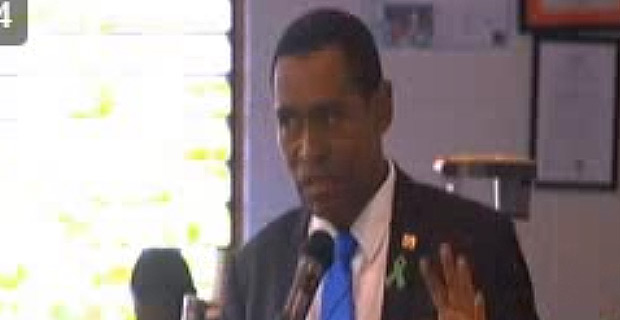 The Officer In Charge of Drug Intelligence Unit at the Fiji Police Force, Assistant Superintendent Anare Masitabua says two deaths have been recorded in the country from the setting up of methamphetamine labs in 2013 and early this year.

In the 2013 case, the person tried smoking meth using a lithium pipe which resulted in his death.

Earlier this year, a body was found in Cunningham that had burns that are similar to a person who manufactures methamphetamine.

Another person was found in Valelevu, where he sustained injuries manufacturing the same drug, and he is currently serving time in prison.

Masitabua stated this while speaking at the National Dialogue titled Substance Abuse – Let’s Talk About It! Finding a Fijian Solution at the AusAid Lecture Theatre at USP organised by Leadership Fiji with the support of the Ministry of Defence and National Security.

Masitabua says in 2009 they arrested 148 people because of methamphetamine while last year the total number of cases rose to 1,440.

He says 113 methamphetamine cases were recorded last year and this has been increasing.

He says these numbers do not determine the number of users in the country as Fiji is now being used as the main highway for drug traffickers from South America and South Asia.

Masitabua adds the new drugs that are coming into the country, are following the platform that has been created by marijuana which has been in the country for 142 years.

He says most of the drugs that are coming into the country are not catalogued in their National Substance Data system which makes their work challenging.

He says last year they confiscated close to $68 million worth of marijuana from farms and now they are conducting raids on a three-month basis targeting the harvesting seasons.

He adds some of the challenges they face is people's ignorance by not taking ownership of their community, porous maritime border control, lack of information sharing between local agencies and external agencies, increase in synthetic drugs, increase in demand and new markets, new drug trafficking routes and the use of online communication system and lack of expertise in drug counselling and rehabilitation.

Masitabua is requesting anyone who has information on any drug activities to come forward and present the information to a Police Station close to them or contact the CID Headquarters or call him directly on 9905472.

A 37-year-old man who is alleged to have raped, assaulted and robbed a 58-year-old woman in a settlement in Suva has pleaded not guilty to all his ... 37 minutes ago

A 36-year-old man from Samabula who was allegedly found with two bags of methamphetamine and five bullets of marijuana has been remanded in custody ... 41 minutes ago

Former Lawyer Shazran Abdul Lateef and Zoe Maharaj Moore who are charged with drug-related offences will take their plea on the 22nd of this ... 44 minutes ago

Police and the Land Transport Authority of Fiji are searching for a suspect of a hit and run incident which caused the death of a man in Saweni, ... 50 minutes ago