2 flights from Wellington diverted due to strong winds

2 flights from Wellington diverted due to strong winds 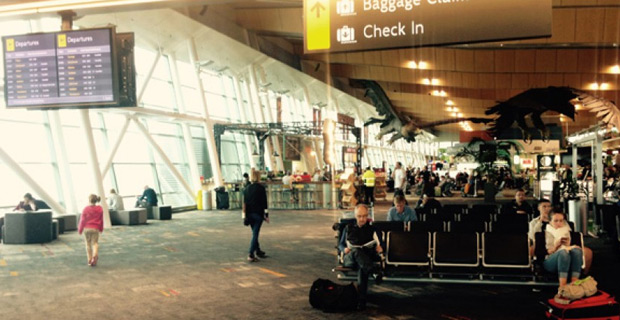 Two flights from Wellington have been diverted as strong winds hit the capital but planes still continue to depart.

A flight from Auckland to Wellington attempted to land twice on Saturday afternoon before diverting to Christchurch.

Passengers on Air New Zealand flight 433 were due to arrive in Wellington at about 3pm but touched down in Christchurch at 3:45pm.

Passengers were let off the plane and many headed straight to Christchurch's Koru lounge.

The Wellington Airport departures board says a Virgin Australia flight from Brisbane had also been diverted to Auckland and it was due to arrive Wellington at 6pm.

Airport spokesman, Greg Thomas says a change in weather with winds changing from a northerly to southerly had meant some flights were diverted but things were back to normal by 4pm.

The Met service says strong northerly winds were changing to southerlies and most departures were running to schedule on Saturday afternoon.

Meanwhile, another flight from Christchurch to Auckland also faced trouble with its landing gear failing to retract.

The flight Air New Zealand flight NZ538 which was scheduled to leave at 11am on Saturday returned to Christchurch Airport shortly after departure.