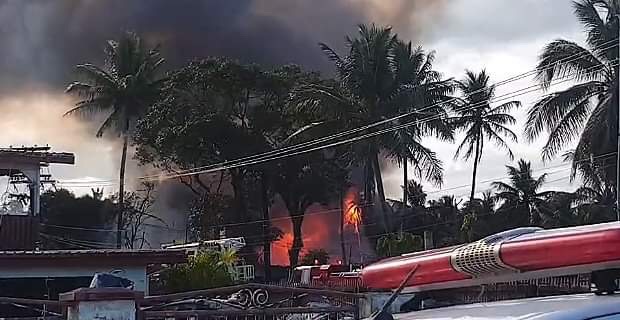 More than 16 people are now homeless after a fire destroyed three houses at Wailea Settlement in Vatuwaqa yesterday afternoon.

These houses were built close to each other.

The National Fire Authority says people were in those houses when the fire started but they were safely evacuated.

They confirm that there were no causalities.

The first call the National Fire Authority received about the fire was at around 3.40pm yesterday.

The cause of the fire is still unknown.