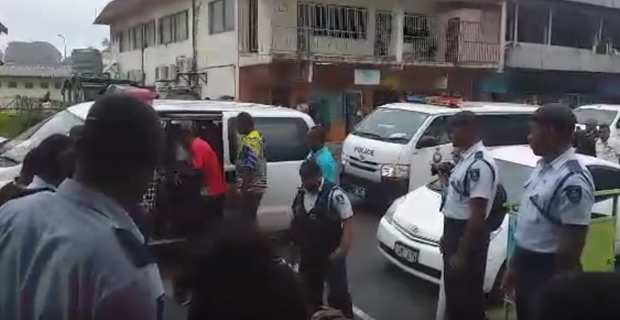 The 14 men who allegedly attacked three Police Officers in Levuka last Saturday night have been further remanded in custody.

They are aged between 20 to 45 years and have been charged with various offences such as common nuisance, disobedience of lawful order, serious assault, criminal intimidation, and obstructing a police officer.

The officers had asked the men to clear the area but were threatened and chased.

Police say the officers called for backup and more police officers were deployed which also included officers from the National Fire Authority and Fiji Corrections Service.

They say the second attempt made to clear the area resulted in three of the officers sustaining injuries.

The men were then arrested by a Special Response Team deployed from Suva.

The case will be called again on the 25th of this month.

Minister for Economy Aiyaz Sayed-Khaiyum says the transport assistance has been reduced by $4.3 million in the 2021/2022 National Budget because they ... 32 minutes ago