12 people homeless after 2 houses destroyed in a fire

12 people homeless after 2 houses destroyed in a fire 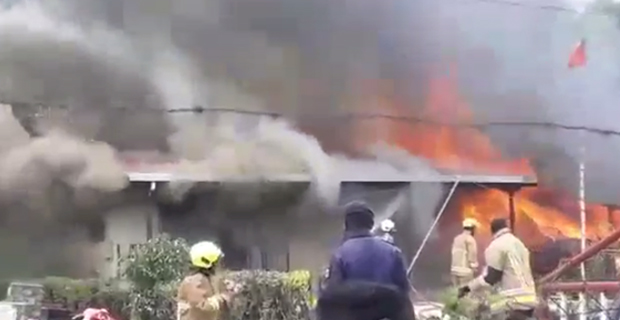 Twelve people are homeless after two houses in Vusuya, Nausori were destroyed in a fire this afternoon.

The fire started in a three-bedroom house at around 3 pm today and quickly spread to a nearby house which also had three bedrooms.

The owner of the second house, Avineshwar Singh says his wife and three children were at home when the fire started in their neighbour's house.

He says they were not able to save anything as the fire spread quickly.

Singh adds they will be spending the night at his uncle’s house in Verata and will probably seek donations and build their house again.

The taxi proprietor adds that the house was built by his father who is in the US.

Arvind Deo, who runs a nearby shop, was the first at the scene and told FijiVillage that when he entered the first house, he saw that there was only one person in the house.

He says the teenager was in a state of shock and he managed to bring him out.

Deo adds they used garden hoses and tried to stop the fire from spreading to the second house but were unsuccessful.