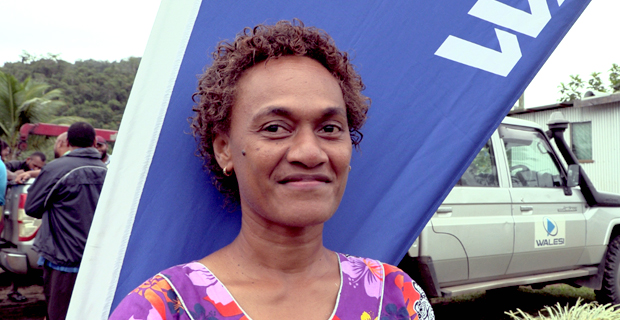 10 villages in the District of Wainibuka from Nayala village to Nauva village will now for the very first time watch the Rugby World Cup tournament in the comfort of their homes.

This has been made possible after the launch of the Walesi Digital Television at Naveivatu village.

40-year-old, Tavaita Dimaiono of Nayavu village says the launching of Walesi Digital Television has come in at the right time as they have always wanted to watch the World Cup tournament live in their own village.

Dimaiono, who won one of the 10 full set Walesi boxes plus a 32-inch television says she did not believe that she would be one of the winners as her TV was damaged just last week, so she was thinking about getting another one.

She adds the television she won and with the launching of the Walesi will enable her and her family to be part of the thousands of Fijians cheering for our national team come this Saturday.

Permanent Secretary for Communications, Deborah Weiss stated during the launch that the 10 villages can now watch and cheer for their national team in the comfort of their homes during the Rugby World Cup.

Weiss urges the villagers to make use of this opportunity and has also acknowledged the efforts of the Attorney General, Aiyaz Sayed‑Khaiyum for the vision he has to help villages such as this to get access to television programs with the Rugby World Cup to begin tomorrow.