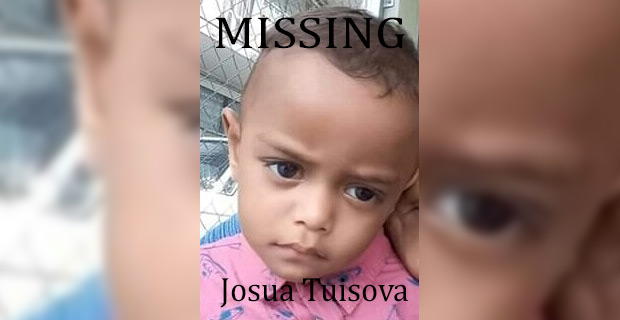 One-year-old Josua Tuisova who was reported missing at the Lautoka Police Station was reunited with his mother last night.

Police say late last night the police officer handling the case met both the mother and boy after they had returned from Suva.

The boy had been left in the care of his mother's friend at Lovu Hart and a missing person's report was lodged after attempts to locate the boy and the mother's friend were unsuccessful.

Police say they will continue to look into the circumstances as to why the boy was taken to Suva without his mother's knowledge which had resulted in the missing person's report.

The government developed two web platforms through the Geographic Information System (GIS) to better plan and mobilise resources during the COVID-19 ... 29 minutes ago