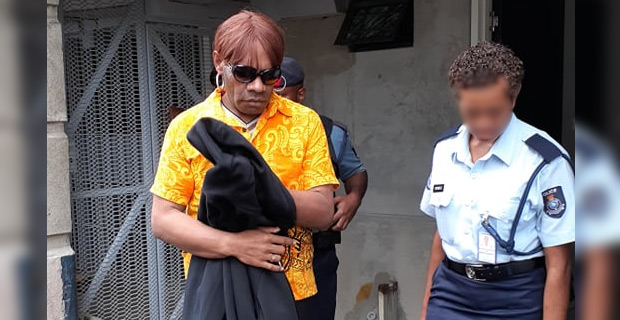 The 18-year-old woman accusing Josevata Werelagi of using her for prostitution in 2015 says she was afraid of being assaulted by Josie who is also know as Werelagi.

During cross-examination by Defence lawyer Salote Nasedra, the woman was asked why she thought Josie was going to assault her.

The woman said she thought that way because Josie was using her to get money.

The defence lawyer further asked the witness if she was assaulted by Josie from 18th to 20th July 2015.

The woman said she was never assaulted by Josie but was afraid as Josie warned her not to play around as he has a lot of friends that can look for her and assault her.

Werelagi is charged with 3 counts of Domestic Trafficking in Children and 1 count of Aggravated Sexual Servitude.

He also faces an alternative count of Selling Minors Under the Age of 18 years for the Purposes of Prostitution.

According to charges filed by the Director of Public Prosecutions, Werelagi allegedly threatened or forced the 15-year-old to enter- into or remain on sexual servitude between 18th to 22nd July 2015.

He also allegedly facilitated the transportation of the girl from Nausori to Rewa Street in Suva, with the intent that the girl will be used to provide sexual services.

Asco Foundation has donated $15,000 to the Foundation for the Education of Needy Children(FENC Fiji), to assist children impacted by TC Harold and ... 9 minutes ago

FICAC has sought more time to file further information in the case of the suspended Director Intelligence, Compliance and Investigations of the Fiji ... 24 minutes ago