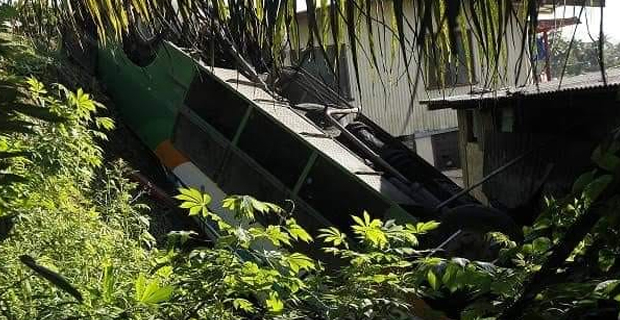 The Fiji Bus Operators Association General Secretary Rohit Latchan says they are committed to step up efforts to ensure such accidents as the one in Lakena yesterday never happens again.

This comes after the deaths of two school children in the accident at Lakena, Nausori yesterday after the bus they were travelling in tumbled down the hill.

Latchan adds the association is acutely aware that the public will look to the bus industry to step up efforts to ensure such accidents never happen again stressing that they are committed to ongoing improvements and efficiencies.

He says the Fiji Bus Operators Association has worked with the Land Transport Authority and the government to transform the industry despite the immense challenges it is facing.

He further says for the past two years, the Fiji Bus Operators Association has been expressing its concerns about the state of the bus industry and has appealed to the government and the regulatory authorities to urgently heed these calls.

Latchan adds no parent should have to suffer the heartbreak of having to bury their children and they bear the pain with them.

He says they also recognise the agony of those children still recovering in hospital and that of their parents, friends and relatives.

He adds they are also parents and grandparents and understand that many people will be deeply hurting today.

The seventeen other students who were at the hospital for treatment have been sent home.

The 46-year-old bus driver has also been treated and sent home.

The government developed two web platforms through the Geographic Information System (GIS) to better plan and mobilise resources during the COVID-19 ... 20 minutes ago