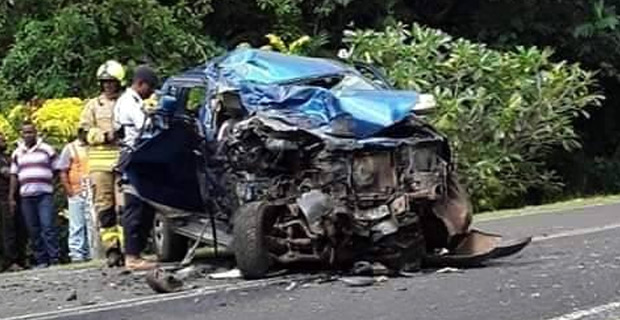 The 6-year-old boy who sustained serious injuries in the head-on collision between a vehicle and a 12 wheeler truck along North Coastal Road in Vacala, Taveuni last Saturday has been airlifted to the CWM Hospital.

His 56-year-old father who was driving the vehicle, as well as another passenger, has been transferred to the Labasa Hospital.

A woman passed away in this accident.

According to Police, their son has claimed to have seen his father dozing off while driving before the accident occurred.

Police say this is still subject to investigation.

The road death toll currently stands at 55 compared to 65 for the same period last year.

A Chinese fishing vessel which has been carrying a dead crew member from May this year is stuck out at sea. An agent of the vessel has told ... 56 minutes ago