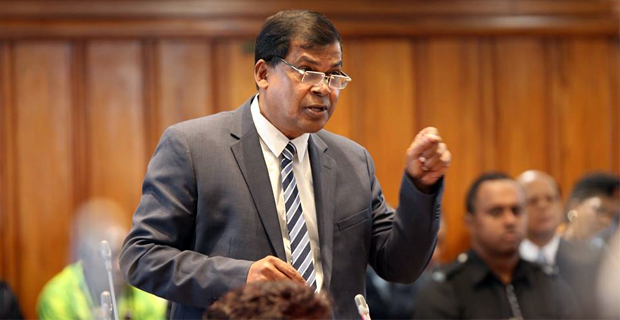 National Federation Party Leader, Professor Biman Prasad says they will remember the 2019/2020 National Budget as the one where the government has run out of money.

While speaking during the budget debate, Professor Prasad says he felt sorry for the Minister for Economy, Aiyaz Sayed-Khaiyum when he was delivering the National Budget.

He says Sayed-Khaiyum looked like a man who did not want to be in the house on budget night and did not look like a man who wanted to talk about the budget.

Prasad says Sayed-Khaiyum did not once talk about the government not having money.