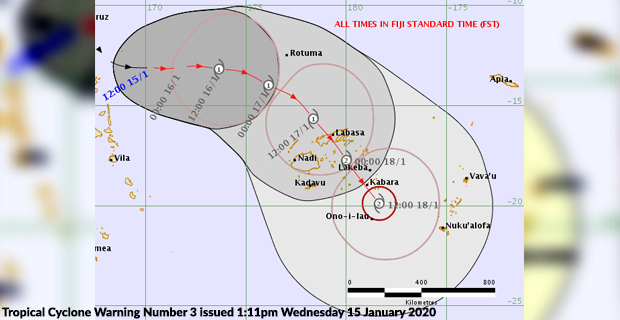 A Tropical Cyclone Alert is in force for Rotuma and based on current assessments by the Nadi Weather Office, the system is expected to intensify into a cyclone and the centre is expected to pass over Vanua Levu by this Friday.

It is moving at a speed of about 19 kilometres per hour and continues to track Eastwards towards us.

It is expected to further intensify into a category 1 cyclone by tomorrow night. 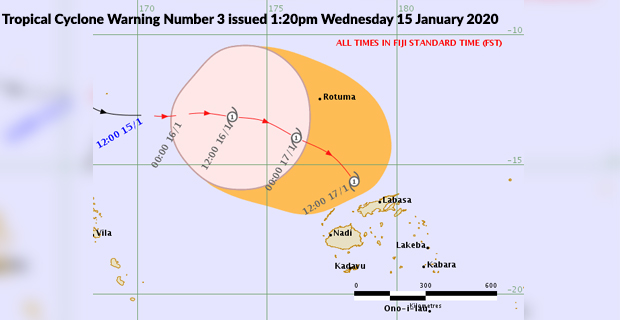 People are expected to experience strong winds and damaging winds from tomorrow.

Based on the current tropical cyclone forecast track, the tropical cyclone could make landfall over Vanua Levu on Friday, and people in Vanua Levu, Viti Levu, Taveuni and nearby smaller islands, Yasawa, Mamanuca, Lomaiviti and Northern Lau Group should start feeling the effects of the cyclone from tomorrow.

The associated active rainbands with the system are expected to start affecting Fiji from tonight.