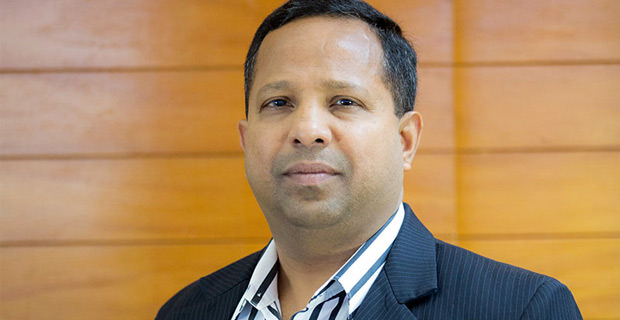 Police are still awaiting the final decision of the Office of the Director of Public Prosecutions in relation to the investigation files of former Fijian Holdings Limited CEO, Nouzab Fareed.

Chief of Intelligence and Investigations, ACP Biu Matavou confirms that two investigation files relating to sexual harassment have been submitted to the DPPs Office.

ACP Matavou says this is in relation to the two women who made allegations against Fareed.

Audio recordings of Fareed allegedly speaking to one of the complainants and former FHL worker, Judy Wise at the time of the alleged incident have also gone viral.

We have contacted Fareed however he has not said anything on this.

Wise had said that she had earlier taken the matter up to the FHL board.

It was earlier highlighted that the FHL board had earlier conducted an inquiry and had found no wrongdoing by Fareed.

Fareed resigned after a FHL board meeting on December 20th last year.

He had maintained that he is innocent and that the truth will come out in the Police investigation.

When questioned by Fijivillage on why no public statements were made when the former FHL CEO was under investigation and what a publicly listed company is required to do, CEO of the South Pacific Stock Exchange, Krishika Narayan said that listed entities are required to release market announcements to the public under the continuing listing requirements of the SPX Listing Rules.

Narayan says as the frontline regulator of the stock market, SPX will continue to monitor the trading activities of all listed entities and where needed, market announcements on material information will be released for public dissemination.

More than 2,000 marijuana plants were uprooted from three farms in Kadavu this week. The first raid was conducted at Lavidi Village where more than... 7 hours ago
LATEST NEWS

Prime Minister Voreqe Bainimarama says Fiji stands ready to serve its community of nations in every way it can, by way of peacekeeping and way of ... 7 hours ago

The Fiji Women's Crisis Centre has received 751 reports of violence against women and children for the first seven months of this year. It says ... 12 hours ago

A 16-year-old girl is one of 18 people arrested from 11 o'clock last night to 4 o'clock this morning for allegedly breaching curfew restrictions. ... 14 hours ago
More News
TOP