Minister tells NFP to check their facts on heart surgeries

Minister tells NFP to check their facts on heart surgeries 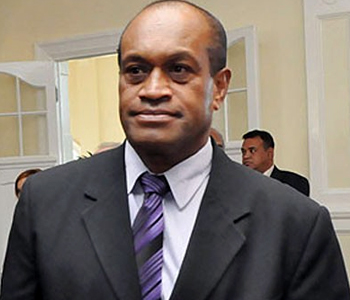 Minister for Health, Jone Usamate states that the National Federation Party has been providing inaccurate information in its press release and it needs to make sure to check its facts about heart surgeries.

Prasad had also claimed that they have been informed that 20 patients booked for open‑heart surgery, who had already collected funds and granted the reduced sum of $5000 each by the Health Ministry, have had their surgery deferred indefinitely.

Prasad said this has to do something with the memorandum of agreement between the Ministry of Health and Sahyadri (Fiji), whose surgeons were providing specialist treatment to Fiji patients.

He further said that 20 patients booked for open‑heart surgery are now in life and death situation.

When questioned by Fijivillage, the Health Minister said there was one death and not two as claimed by NFP and the cause of death was due to multiple organ failure.

Usamate says it is also confirmed that the patient was not an emergency case.

He says NFP has also claimed that there were 20 patients, however the Health Ministry’s records state that there were only 12 booked for Coronary Artery Bypass Graft Surgery.

Usamate clarifies that this is an elective surgery which requires booking in advance at hospitals and is not an emergency surgery.

Out of the 12 that had booked, 3 private patients had fully paid their fees and their fees had been reimbursed.

Of the 9 who had applied for government assistance, 3 had fully met the requirement and have subsequently been assisted for surgery in India.

These 3 patients were sent to Fortis Hospital last month.

Usamate says this was an area of great concern for the Ministry, as the safety of patients is paramount.

When we questioned Biman Prasad on the Health Ministry’s clarification and that these were not emergency heart surgeries, Prasad said they now have to analyze the Ministry’s information.

When asked on why he had said that these were emergency heart surgeries, Prasad says they will now look into this.

He maintains that the issue needs to be clarified on how and when the ministry knew that Sahyadri Hospitals had withdrawn from this deal.

Usamate will give further details later.

Marginalized, at risk and poor will now be able to get support through DHIVE Community Centre in Nadi

The marginalized, at risk and poor in the community will now be able to get much needed support through the opening of DHIVE Community Centre in Marti... 10 minutes ago
LATEST NEWS

Former NRL and Wallabies star Lote Tuqiri will now help workers under the Pacific Australia Labour Mobility scheme to make a smooth transition in ... 1 hour ago

Fijian Drua centre Kalaveti Ravouvou who will make his debut for the Vodafone Flying Fijians this afternoon is relishing the opportunity to play ... 3 hours ago

20 people were charged with a total of 47 counts of serious sexual offences last month. Of the 20 people charged, two were 17-year-old boys who ... 3 hours ago

6 new cases of measles have been identified in Fiji. 2 cases are in Labasa, 3 in Rewa and one case is in Nasinu. The Ministry of Health has ... 14 hours ago

Fijian TikToker Shaheel Sanil Prasad who is also known as Shaheel Shermont Flair is a hit on social media having over 25 million views for a single ... 14 hours ago
More News
TOP