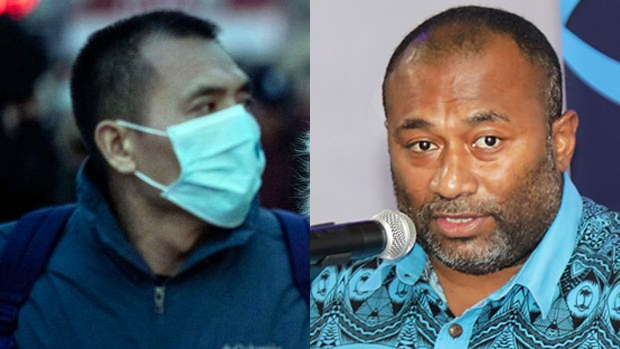 Minister for Health, Doctor Ifereimi Waqainabete says they are closely monitoring the increasing number of the deadly coronavirus cases in different parts of the world, and they have a heightened sense of alert at all our ports of entry as more people are travelling from China for their New Year celebrations.

The ABC reports that the number of cases has passed over 440 worldwide, with a man being tested for the virus in Brisbane and the US confirming its first case in Washington. 9 of the people infected, have died in China.

A further 23 cases had been detected in the Beijing and Guangdong provinces of China, in Japan, South Korea and Thailand. Some of those people had reported travelling to Wuhan.

Doctor Waqainabete says medical officials are at all ports of entry here including Nadi and Nausori airports, and all ship ports.

He says the Health Ministry has an early warning system in place just like cyclones, and any health emergency is addressed immediately.

Doctor Waqainabete says while there are no coronavirus cases in Fiji, the risk levels are higher after a suspected case in Australia and increased travel from China due to New Year celebrations.

There is no cure for the coronavirus, and people have to be treated supportively. 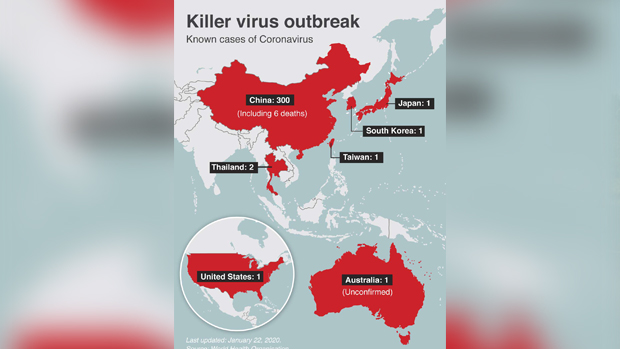 12 Fijians are currently studying in Wuhan Province in China.

Doctor Waqainabete says those who are travelling from the countries where cases have been detected will be identified and monitored. He says they are also talking to their international counterparts and the World Health Organisation.

Reports from The Australian are saying that the health authorities and border ­officials there are on alert for a possible pandemic of coronavirus emerging from China, fuelled by a “perfect storm” of conditions including millions of Chinese travelling for New Year celebrations.

Australia’s chief medical officer, Brendan Murphy formally alerted parliament to “a human coronavirus with pandemic potential”. This has authorised Australian Border Force and other government officials to isolate people at airports if they arrive with symptoms of the virus.

A Brisbane man could be isolated at home for weeks after showing signs of respiratory problems on his return from Wuhan, the city in central China that is the suspected source of the coronavirus.

The businessman has been placed in quarantine. Queensland Health later deemed him not to be a risk to the public despite possibly having been infected with the virus. Tests are expected to confirm this in coming days.

The new epidemic is a unique strain believed to have emerged at a seafood market.

Queensland chief health officer Jeannette Young warned that there is no vaccine available for the virus “and we don’t see one on the horizon … There is no specific treatment other than supportive care.”

University of Queensland associate professor of virology Ian Mackay said the combination of Chinese New Year and the fact the coronavirus presented as pneumonia during China’s flu season were cause for concern.

Professor Mackay, an expert in emerging viruses, said the Chinese “did everything right” by identifying and sequencing the virus quickly and releasing that information to the WHO.

He said the fact there was limited evidence of human-to-human spread was hopeful.

Dr Murphy said there was likely to be under-reporting and detection, particularly of mild cases, and the true numbers were likely to be significantly greater.

The new Chinese coronavirus, a cousin of the SARS virus, has infected hundreds since the outbreak began in Wuhan. Scientist Leo Poon, who first decoded the virus, thinks it likely started in an animal and spread to humans.

"What we know is it causes pneumonia and then doesn't respond to antibiotic treatment, which is not surprising, but then in terms of mortality, SARS kills 10% of the individuals," Poon, a virologist at the School of Public Health at The University of Hong Kong, said. It's not clear how deadly the Wuhan coronavirus will be.

The World Health Organization offered guidance to countries on how they can prepare for it, including how to monitor for the sick and how to treat patients.
Here are seven things you should know about a coronavirus.

What is a coronavirus

Coronaviruses are a large group of viruses that are common among animals. In rare cases, they are what scientists call zoonotic, meaning they can be transmitted from animals to humans, according to the US Centers for Disease Control and Prevention.

The viruses can make people sick, usually with a mild to moderate upper respiratory tract illness, similar to a common cold. Coronavirus symptoms include a runny nose, cough, sore throat, possibly a headache and maybe a fever, which can last for a couple of days.

For those with a weakened immune system, the elderly and the very young, there's a chance the virus could cause a lower, and much more serious, respiratory tract illness like a pneumonia or bronchitis.

There are a handful of human coronaviruses that are known to be deadly.

Middle East Respiratory Syndrome, also known as the MERS virus, was first reported in the Middle East in 2012 and also causes respiratory problems, but those symptoms are much more severe. Three to four out of every 10 patients infected with MERS died, according to the CDC.

Severe Acute Respiratory Syndrome, also known as SARS, is the other coronavirus that can cause more severe symptoms. First identified in the Guangdong province in southern China, according to the WHO, it causes respiratory problems but can also cause diarrhea, fatigue, shortness of breath, respiratory distress and kidney failure. Depending on the patient's age, the death rate with SARS ranged from 0-50% of the cases, with older people being the most vulnerable.

Viruses can spread from human contact with animals. Scientists think MERS started in camels, according to the WHO. With SARS, scientists suspected civet cats were to blame.

When it comes to human-to-human transmission of the viruses, often it happens when someone comes into contact with the infected person's secretions.

Depending on how virulent the virus is, a cough, sneeze or handshake could cause exposure. The virus can also be transmitted by touching something an infected person has touched and then touching your mouth, nose or eyes. Caregivers can sometimes be exposed by handling a patient's waste, according to the CDC.

There is no specific treatment. Most of the time, symptoms will go away on their own.

If symptoms feel worse than a standard cold, see your doctor.

How can you prevent it 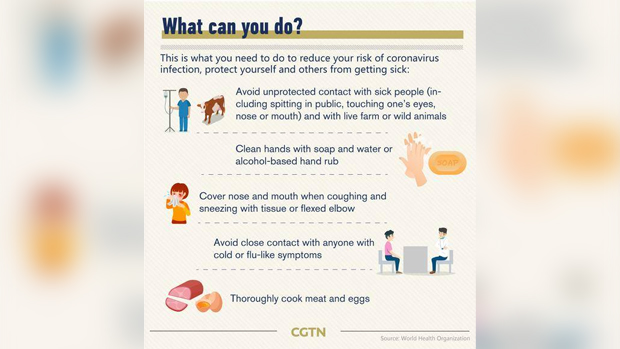 There is no vaccine to protect against this family of viruses, at least not yet. Trials for a MERS vaccine are underway.

You may be able to reduce your risk of infection by avoiding people who are sick. Try to avoid touching your eyes, nose and mouth. Wash your hands often with soap and water and for at least 20 seconds.

If you are sick, stay home and avoid crowds and contact with others.

Cover your mouth and nose when you cough or sneeze, and disinfect the objects and surfaces you touch.

In pregnant women, the more severe versions of MERS and SARS coronaviruses can be serious. There are cases in which a woman infected with MERS had a stillbirth, a 2014 study showed.

Coronavirus and cats, dogs and other animals

Pets can catch coronaviruses and the infections can become severe. Sometimes the viruses can lead to deadly diseases. One can cause feline infectious peritonitis in cats and something called a pantropic canine coronavirus can infect cats and dogs, according to a 2011 study.

Cats can catch SARS, but none of the infected cats developed symptoms, according to the study. The feline coronavirus typically is asymptomatic, but can cause mild diarrhea. Feline infectious peritonitis, or FIP, can cause flu-like symptoms for a cat, but can also be more serious for cats and can cause organ failure, but it is not contagious and will not spread from animal to animal or person to person.

Pantropic canine coronavirus that can impact cats and dogs can be fatal to dogs, studies show.

These particular dog and cat viruses don't seem to spread to humans.

More than 2,000 marijuana plants were uprooted from three farms in Kadavu this week. The first raid was conducted at Lavidi Village where more than... 7 hours ago
LATEST NEWS

Prime Minister Voreqe Bainimarama says Fiji stands ready to serve its community of nations in every way it can, by way of peacekeeping and way of ... 7 hours ago

The Fiji Women's Crisis Centre has received 751 reports of violence against women and children for the first seven months of this year. It says ... 12 hours ago