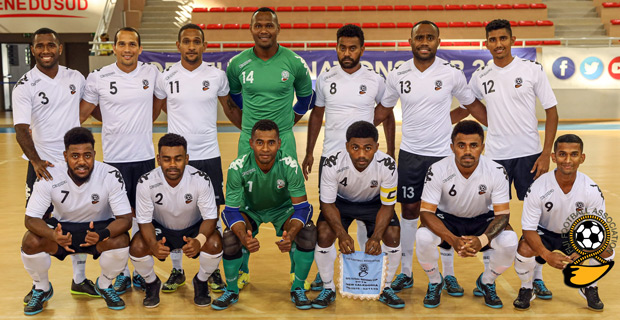 Fiji Football Association Vice President, Jiten Reddy has raised concerns on why Fiji's Futsal Team has been held back in New Caledonia until the 16th of this month when they have been tested and cleared of measles.

However, the Fijian Health Ministry says they have only been cleared of one test.

Speaking to Fijivillage from New Caledonia, Reddy says what they are concerned about is that if the Fijian authorities are taking this issue so seriously then they should have the courtesy to get in touch with them. He says no one from the government has contacted them so far.

He says they are stranded in a foreign country where they went to represent our beloved nation.

Reddy says he personally had a thorough meeting with doctors on Monday where he went through the required tests and was confirmed to be all good for travelling and the same happened yesterday to all other team members.

He says they are not allowed in Fiji until 16th November and the next flight out of there is on the 18th.

Meanwhile Minister for Health, Dr. Ifereimi Waqainabete confirms that the team and it's officials need to be cleared from New Caledonia and Fiji in order to return.

Dr. Waqainabete says they have only been cleared of one test.

He says the team will have to go through observations now and they are currently working with the New Caledonia Health Ministry and WHO on this.

Asco Foundation has donated $15,000 to the Foundation for the Education of Needy Children(FENC Fiji), to assist children impacted by TC Harold and ... 34 minutes ago

FICAC has sought more time to file further information in the case of the suspended Director Intelligence, Compliance and Investigations of the Fiji ... 48 minutes ago