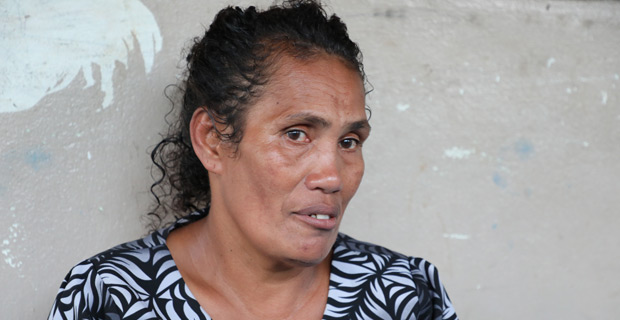 Jiutajia Vuli the mother of the two sisters, Seini and Maraia and aunt of Salanieta

The family of the three women who lost their lives within three months this year due to domestic violence has called for harsher penalties to be given to those men who are guilty of beating up women.

She was last seen and heard having an argument with her partner at their home at Nabitu Settlement earlier that morning before she ran off.

Jiuta-jia Vuli who is the mother of the two sisters, Seini and Maraia and aunt of Salanieta says all these women lost their lives to the very men that were supposed to treat them with love and care but instead these men allegedly ended their lives.

Vuli says the news of Maraia’s death was heartbreaking for them as they are still coming to terms with the death of her older sister, Seini in June this year.

She says Maraia was laid to rest yesterday, a day when they are also commemorating the 100 nights of the elder sister’s passing.

Vuli says the whole family is traumatized by the death of her two daughters and they want the penalty given to the men that caused their deaths to be worth the pain it has caused them.

She says that Maraia had tried to escape from her partner because of what she was facing with him.

Vuli says women should always look for men that love and comfort them, and not men that will ill‑treat them.

207 new junior nurses have been posted to the CWM, Lautoka and Labasa hospitals. They are now part of the health system and will be appointed as ... 45 minutes ago