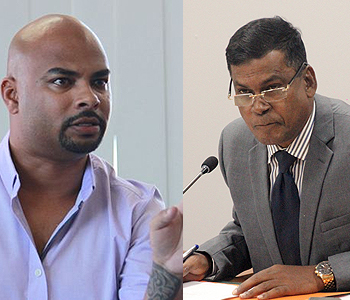 The Leader of the National Federation Party Professor Biman Prasad is now demanding the Director of Fiji Human Rights and Anti-Discrimination Commission, Ashwin Raj to explain why there are two different versions of Ambassador Nazhat Shameem Khan’s statement at the 34th session of the Human Rights Council in Geneva.

He says Raj needs to explain this first before he begins to shout at others and make wild allegations.

We questioned Prasad whether he agrees with Shameem’s comments where she said that racism was institutionalised in Fiji to such an extent that it instilled in a privileged class a sense of entitlement based on ethnicity and class, and that racist attitudes were engrained in all communities, which have resulted in mistrust, resentment and suspicion.

Prasad did not give a clear answer but said there can be different interpretations.

We also questioned Prasad about Raj’s comments on why NFP has not even once intervened in the barrage of attacks on Shameem’s ethnicity, her gender, and her religion.

Raj had said that the string of racist, sexist and bigoted comments following the NFPs post on Facebook is a sad indictment of the fact that racism and prejudice is alive and thriving.

We asked Prasad whether he has seen those comments on NFP’s official facebook page.

The Leader of the NFP says they do not condone any of those comments.

Meanwhile, the Director of Fiji Human Rights and Anti-Discrimination Commission Ashwin Raj has confirmed that there are no two versions of Ambassador Nazhat Shameem Khan’s statement at the 34th session of the Human Rights Council.

Raj says the Leader of the NFP who is also an academic should have done his homework before vilifying Khan publicly.

Raj says he is also not satisfied with Biman Prasad’s comments that NFP does not condone those abusive remarks that were put against Nazhat Shameem Khan on NFP’s Facebook page.

When questioned by Fijivillage, Raj has confirmed that he will consider taking action against NFP in relation to the racist, sexist and bigoted comments made against Nazhat Shameem. 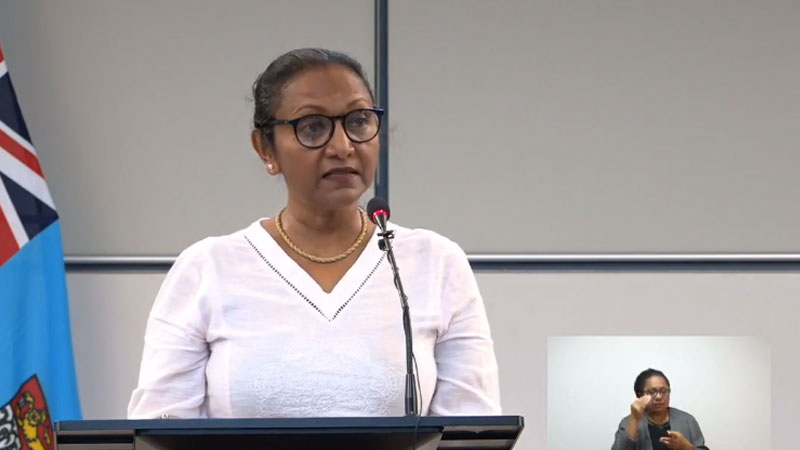 Permanent Secretary for Education, Doctor Anjeela Jokhan has revealed that external examinations for Year 12 and 13 students are most likely to be ... 23 minutes ago

The NGO Coalition on Human Rights says they were shocked to hear about the unfair dismissal, instant termination and the reported ‘escorting' of ... 5 hours ago
More News
TOP