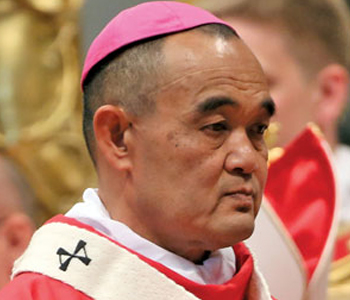 The Head of the Catholic Church of Fiji says they do not agree with two clauses in the proposed village by-laws.

This has been highlighted by Archbishop Peter Loy Chong when asked by Fijivillage on what is the Catholic Church’s stand on village by-laws during the Roman Catholic Archdiocese of Suva Justice and Development Commission Seminar in Suva.

The proposed village by-law states that a Committee shall be established, with representatives from the various religious denominations within the village to ensure that members of their denomination comply with the decisions of the Village Council and Bose Vanua and that traditional and cultural obligations are respected and adhered to.

Archbishop Chong says they do not agree with this.

The second proposed village by-law that the Catholic Church opposes is the one that relates to establishing a church within the village.

In this case, a request shall be submitted to the Turaga-ni-Koro to be discussed in the Bose Vanua and the principles and teachings of the faith must be aligned to the iTaukei and uphold the criminal decree.

When asked by Fijivillage on whether the Catholic Church went to all the members of their congregation to get their thoughts on the proposed village by-laws before taking the stand, Archbishop Chong said they will be forming a team that will go to the members of the church to work on the village by-law submissions that the Catholic Church will be making.

Fijian Broadcasting Corporation Chair, Ajay Bhai Amrit stresses the former CEO, Riyaz Sayed-Khaiyum had a total package for the year of $387,790.08 an... 6 hours ago
LATEST NEWS