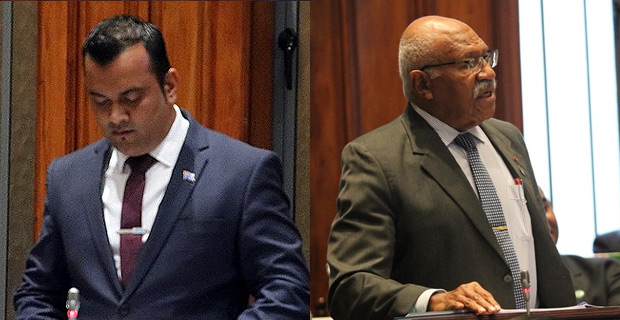 Assistant Minister for Employment, Alvick Maharaj says that he can’t understand why the Leader of Opposition, Sitiveni Rabuka has a problem with calling everyone Fijian.

While speaking during the 2019/2020 National Budget debate in parliament, Maharaj says that he was appalled to hear that even in 2019, Rabuka is making suggestions based on ethnic lines.

Maharaj says that he hopes NFP will come out strongly against such statements which are not only causing division, but also is causing an unjustified attack on sugarcane farmers.

The Assistant Minister says for FijiFirst to have a lawyer as the Minister for Economy does not mean that lawyers in the opposition side can become economists as well.

He also spoke about SODELPA MP, Mitieli Bulanauca not respecting the Members of Parliament, not getting Aiyaz Sayed-Khaiyum’s name right, and he also asked Bulanauca to use the Boom detergent on his table to clean his mind.

Attorney General and Minister for Communications, Aiyaz Sayed-Khaiyum says they have engaged a German company to start work on vaccine passports and ... 4 hours ago